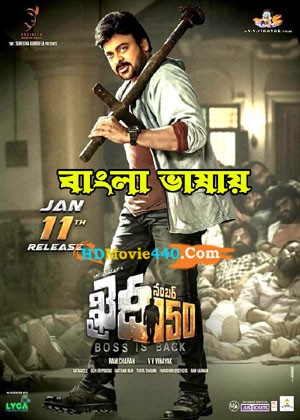 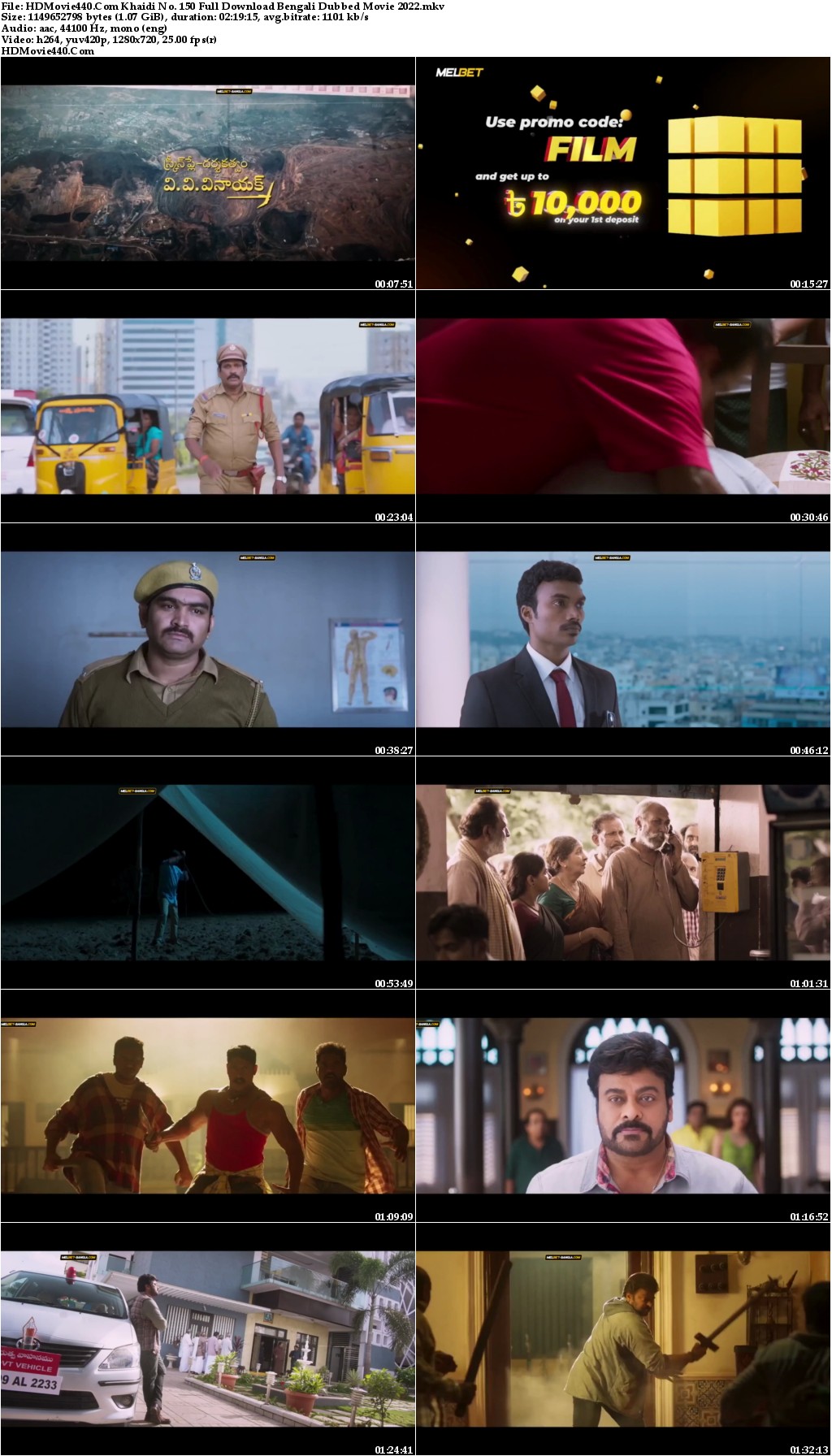 A criminal who plans to flee the country unexpectedly exchanges his jackpot with a good Samaritan.

Khaidi No. 150 Hindi Dubbed Movie (transl. Prisoner No. 150) is a 2017 Indian Telugu-language action drama film directed by V. V. Vinayak and produced by Ram Charan. The film stars Chiranjeevi in a double role alongside Kajal Aggarwal with Tarun Arora, Brahmanandam, Ali, and Posani Krishna Murali playing pivotal roles. The film which marks Chiranjeevi’s return to films in a full-length role after a decade is also his 150th film. The third entry of the Khaidi trilogy, the film is an official remake of the 2014 Tamil film Kaththi starring Vijay, written and directed by A. R. Murugadoss.

Principal photography of the film commenced in June 2016 in Hyderabad. The film was a blockbuster at the box office and emerged as the second-highest-grossing Telugu film of 2017. The film received generally positive reviews with critics praising the performances, score, and dialogues but criticizing the villain, predictability, uneven pacing, and emotional weight.

Development
Chiranjeevi’s 150th full-length feature film began filming in April 2016. The film is the remake of the 2014 Tamil film, Kaththi, featuring Vijay and Samantha Ruth Prabhu which dealt with issues such as farmer suicides and water scarcity in India. [10][11] The film was financed by Chiranjeevi’s son Ram Charan and producer A. Subashkaran and V. V. Vinayak directed Chiranjeevi for the second time. The Paruchuri Brothers wrote the script based on A.R. Murugadoss’ original story.  Devi Sri Prasad composed music for the film.

Casting
The film features Chiranjeevi and Kajal Aggarwal was finalized as the heroine in late July 2016.  Tarun Arora was selected as the antagonist for the film.

Principal photography commenced on 23 June 2016 as key sequences were shot at Chanchalguda Central Jail in Hyderabad. Later, in August 2016 Chiranjeevi and Kajal joined the shooting at Rajiv Gandhi International Airport, Hyderabad. A special song was shot with Raai Laxmi and Chiranjeevi in October 2016. In November, two songs were shot with the lead pair Chiranjeevi and Kajal in Europe. Raghava Lawrence,[21] Jani Master, and Sekhar choreographed the dances. Kannal Kannan and the duo Ram Lakshman choreographed the fights. The visual effects for the film were made by Red Chillies VFX, a subsidiary of Red Chillies Entertainment.